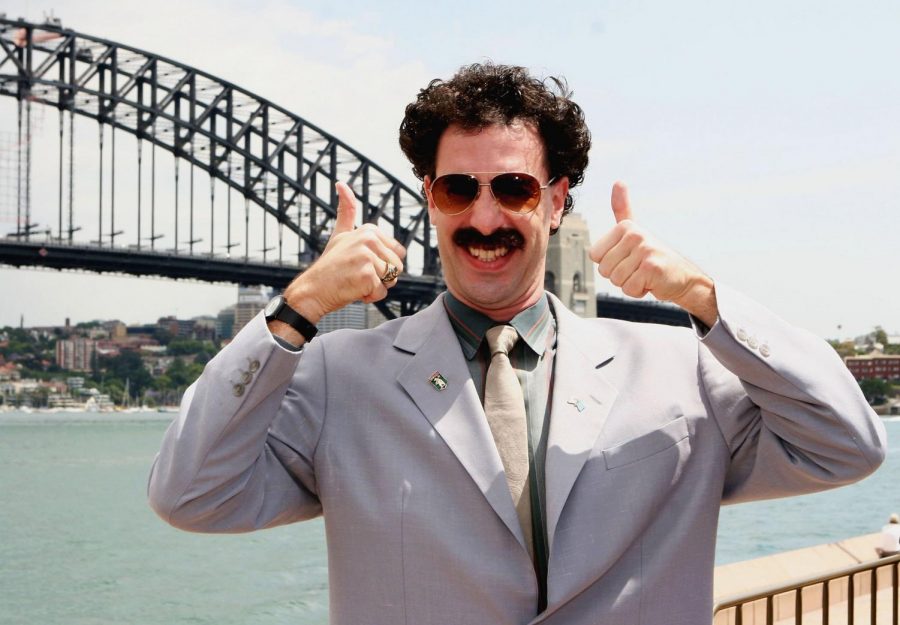 Borat excited about his second trip to America.

Sasha Baron Cohen shook the world the first time around in 2006, with his reckless and so obviously ruthless comedy Borat. If you are not familiar with the iconic movie, Cohen dressed up as the so called character ‘Borat Sagdiyev’ a fictional Kazakh reporter. He travels around the US getting live reactions to the unfiltered things he would do and say as well as easily tricking his interviewees to falling into his trap, revealing the hidden side of America that the general public was not so used to seeing. This character persona soon became a global phenomenon. People instantly recognized this costume, that only superhero status seems to be able to achieve. For most, this movie remained one of the most well done pieces of reality tv, while others simply could not appreciate the genius work behind his piece of art. After 14 years of repeating the same, yet never old Borat jokes, Cohen announced that he would be releasing The Second Borat film; Borat Subsequent Moviefilm: Delivery of Prodigious Bribe to American Regime for Make Benefit Once Glorious Nation of Kazakhstan.
Taking into account the 14 year hiatus Cohen took from his masterpiece, societal values and norms have changed drastically in such a short amount of time, many worried that his second movie would not live up to the top tier comedy or be able to keep up with the ever so chaotic, and wildly different America we live in today, an America which so badly needed Borat.
On the surface, the second film is precisely what was expected. Cohen uses his racist, sexist, anti-semetic, character and road trips through the USA. Except this film had a few big differences. Instead of looking for a wife, he is gifting his 15 year old daughter Tutar (played by Maria Bakalova, Bulgarian actress), to an American politician, on behalf of the Kazakhstan Government. A few issues arose due to the fact he has become instantly recognizable, Cohen’s solution further disguising him and the film’s secret weapon, his daughter, into the American culture. Bakalova has been noted as a true discovery, with her ever so strange interactions with strangers, and random moments of emotional vulnerability, the quick witted, wide eyed character adds a depth to the sequence that fans did not know they needed.
The movie made a satire of the same misogynistic, anti-semetic views, except this time a few things were different, Borat was reinforcing his misogynistic views onto his daughter. Instances such as buying a cage for her, women not being allowed to drive, picking out a “no means yes dress” for Tutar, and many other perhaps unhumorous attacks towards women.
This film also pokes fun at the conservative aspect of the country as Borat exploits a Trump rally disguised as President Trump, as Vice President Pence was speaking on stage, singing at a militia group event, as well as an extremely controversial scene with Rudy Giuliani seen on the bed while reportedly ‘15’ year old daughter Tutar (she is far older than 15 in reality) was interviewing him. He claims he was simply fixing his microphone, causing his hand to be placed down his pants – makes perfect sense. Cohen’s unapologetically offensive humor yet again proceeds to make millions of Americans smile without hesitation.
Personally, this film did not have the same ruthless energy that the first movie had, and this is primarily due to the change of the times we are living in. Moreover, many of the interactions felt unauthentic, because while many people were unaware of Borat before, Cohen and his character are a part of popular culture now. Despite these flaws, while viewing the movie I had a smile from ear to ear simply seeing it on the big screen again.