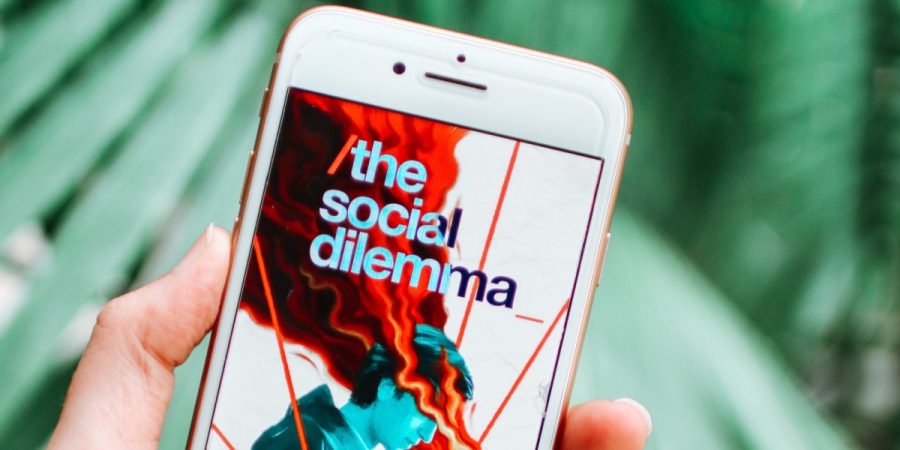 “The tycoons of social media have to stop pretending that they’re friendly nerd gods building a better world and admit they’re just tobacco farmers in T-shirts selling an addictive product to children. Because, let’s face it, checking your “likes” is the new smoking.”
― Cal Newport, Digital Minimalism: Choosing a Focused Life in a Noisy World

Nearly every teenager can say that social media plays a role in their life to some extent. Whether they use it for fun, for school purposes, or to promote a business, people take advantage of social media and the benefits it offers. Despite this, many have yet to consider the downsides of this widespread use. Big-name brands like Facebook and Google are run by technology geniuses who will do anything to glue users to their apps. Different tactics are used to fuel the continued success of these apps, and I am going to be diving into some of these strategies and how they impact our mental health.

I decided to do some research to learn more about the effects of social media from a medical perspective. According to McLean Hospital, social media taps into our brains’ reward center as it releases a neurotransmitter called dopamine. This chemical release is what makes you feel good and creates an addiction. “The outcome of social media is unpredictable,” said Jacqueline Sperling, Ph.D. By this, she means that you never know what you are getting yourself into when you open social media. This rush of adrenaline may cause bliss at first, but after repeated use, teenagers are left struggling with issues such as anxiety and depression when their constant need for false acceptance or approval is not met.

A Forbes article, written by Alice G. Walton, a senior healthcare professional, brought up an important point as well. Comparing ourselves to others on the internet is unhealthy and creates jealousy, a vicious cycle. When we see others doing exciting things, we become self-conscious and wish to top them in any way we can. By doing this, though, we are creating the same negative feeling for others and projecting a false sense of happiness not only to our followers but to ourselves. This cycle is hard to break and leaves lingering feelings of emptiness, inauthenticity, and sadness. This can relate to many other issues, such as false beauty standards and self-harm. This is why we should use social media to spread positivity, instead of using it in a negative sense.

Recently, Netflix released a documentary titled The Social Dilemma. The documentary reveals the many societal issues, ethical concerns, and health risks associated with obsessive social media use. The creators of the documentary included a 5,000 person study that showed a high correlation between social media use and declines in mental health. Self-inflicted deaths have nearly doubled since popular apps such as Instagram, Twitter, and Snapchat took the internet by storm. This alarming statistic concerns many researchers, and something must be done to slow these numbers down immediately.

In an attempt to help others, the organization behind the documentary gave a list of suggestions on their website:

Share the Dilemma – Explaining the risks that coincide with social media use to others is a great start for someone wondering how they can help. In addition to educating your peers, encouraging them to voice these issues will help spread awareness faster and more effectively.

Reboot the Use – There are many ways to reconfigure the daily actions we take on our phones. One great way is to turn off social media notifications. Notifications are one of the main ways companies and apps get you to look at your phone. By turning these off, you will be less tempted to check what is going on and go on the app less. Also, taking breaks from social media for days at a time is a good start, and although this is hard to do, it will likely make you realize that you don’t need to be on it as much as you may think. You may also notice improvements in your mental health.

Rebuild the System – Tackling the issue at its roots concerns the creators of these technology companies and the techniques they implement. According to the documentary, people are hired to “hack our psychology” by coming up with more ways to get us addicted. One way they do this is by taking note of the posts you interact with the most and displaying them even more. This results in continued use and furthers the addiction of many people. To stop this, internet moguls must agree to get rid of these strategies. Though they may make less money, peoples’ mental health must be the top priority.

These suggestions make it clear that social media use is not detrimental, and that there are ways to alter our use positively. Social media helps people connect in many ways, especially in the uncertain times we are living in right now. People can network for jobs, buy and sell products, and talk to each other when they wouldn’t be able to otherwise. If we can limit our use and focus on these positives, we might just be able to climb out of the never-ending hole we, as a society, are digging.

Senior Owen Pittman describes how social media use fuels his well-being, stating, “I’m not very active on social media. I use it to keep in touch with family members and friends who live far away. In that regard, I think social media helps me feel close to others.”

This is a perfect example of how we can view social media in a positive light. As long as we are careful to limit our use, social media can be a great tool. If we pay attention to the many apparent issues and do everything in our power to fix them, we can save ourselves from the many detriments that pose a risk to the overall health and functionality of our society.