Why is Dr. Seuss being “Cancelled”? 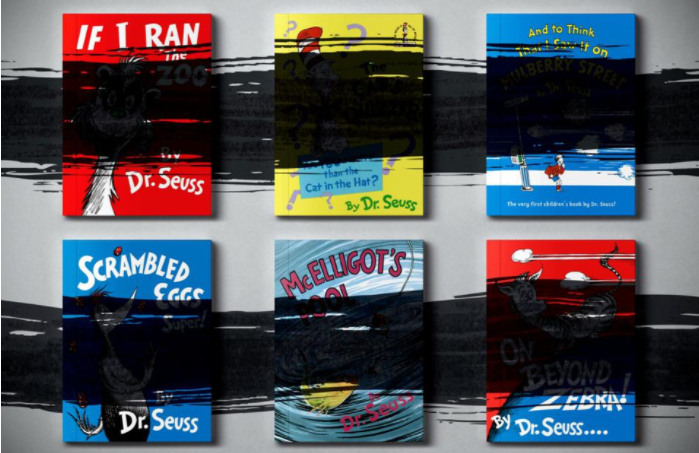 Some of your favorite childhood stories by Dr. Seuss are no longer being published. On Tuesday, March 2, Dr. Seuss enterprises announced books like “And to Think That I Saw It on Mulberry Street” (1937) and “If I Ran the Zoo” (1950) as well as four others, are being discontinued due to racist images and text. This has become a contentious issue because Dr. Seuss is one of the most well-known children’s authors. Millions of children grew up reading his work, and many still do.

However, this unfortunate event is not totally unexpected because Dr. Seuss has a history of publishing racist and anti-semitic work. When he was in college, he drew black boxer fighters as gorillas and made Jewish stereotypes by portraying Jewish characters as financially ungenerous and rude. In “And to Think That I Saw It on Mulberry Street,” one character is described as “a Chinaman.” He is given lines for eyes, he wears a pointed hat, and he is seen holding a bowl of rice with chopsticks.

Dr. Seuss enterprises discontinued six books because they felt they were racist. They caught this issue before someone in the public realized it. In this day and age, people can’t get away with racist comments and actions like they used to. Dr. Seuss enterprises did the right thing by stopping the production of six of their books.

While some view these representations as harmless remains of a former past, this is a significant issue. Young kids with developing brains most often obtain information from their parents and the books they read. In turn, they are led to believe this way of thinking, and the information that they learn from a young age sticks with them throughout their lives. Books have the ability to shape children’s views about certain groups of people. Some of Dr. Seuss’s books teach racism which is why they are being discontinued. While these books may have been acceptable during the 1930s and 1950s, as a society, we have come to have to higher standards of inclusivity. We no longer put up with depictions of people like this; our world has changed, and everyone has to change with it.

Children need to be educated at an early age in order to understand the offensiveness of racism so that in the future there will be less racism in our country. If children see these racist pictures in their favorite books, there is no way for them to know that what they are seeing and reading is harmful to others. If children are made aware of racism, or not exposed to it at all, then hopefully in the future our world will be a better place.

In our world, many public figures are being “canceled” for things they share or say that others may find offensive. Being canceled is when followers and fans unfollow and don’t like the person anymore because of what they said or did. With social media, and the ability to post anything within a second, people can do whatever they want with impulsivity which leads to poor decision making. Without thinking about how posts online may affect others, people are getting “canceled” for being rude or racist all the time. Nothing will slide anymore with “cancel culture” and the rise of racism. If Dr. Seuss enterprises didn’t catch these racist stories before the public figured it out, they would be canceled.

Some people disagree with Dr. Seuss’s enterprise’s decision for discontinuing six of their books. Some think there is no record of incidents involving racism, so there is no reason to take those books off the shelves. However, they are wrong. Dr. Seuss enterprises are trying to avoid hurting or offending anyone. In our culture, it is important to be more sensitive about racist images, and aware of what may be deemed as inappropriate.

Teaching racism to young children will only hurt our country and the world. If we show our young kids images that will cause them to negatively view others, the righteousness of our world will go downhill. The ending to six of Dr. Seuss’s books will help put a stop to the growth of racism in our world.