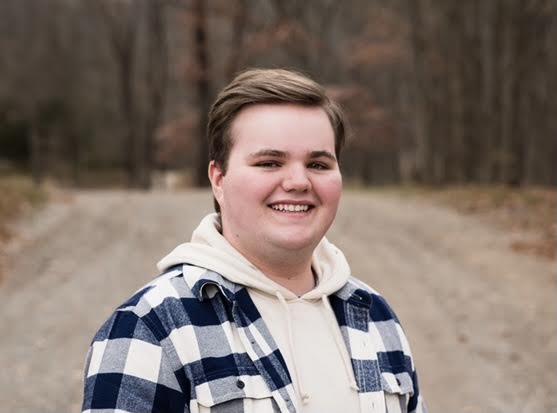 Senior Sawyer Blanck joined the band because his brother was in the band and he wanted to follow in his footsteps. He also really wanted to learn how to play an instrument because he was interested in music and looked up to his brother. Blanck plays the trombone and has been playing for eight years. He enjoys the trombone because it is a unique instrument because you control the sound with a slide. This isn’t like any other instrument.

In the eight years he has been in the band it has been filled with new experiences and memories made. His favorite memory from the band was playing in pep band. “Pep band is a great experience to go away to football games and be able to watch other marching bands, spend time with friends, and play music for people.” Sawyer has enjoyed his band experience, he has met a lot of people which became his closest friends and he has grown musically with them for the four years of highschool. He has been introduced to many different kinds of music from being in a band. Sawyer says, “Being in the band made me grow as a musician and I’ve met life long friends that I’m going to miss when they all go to college.”