Explaining the Mysteries of the World 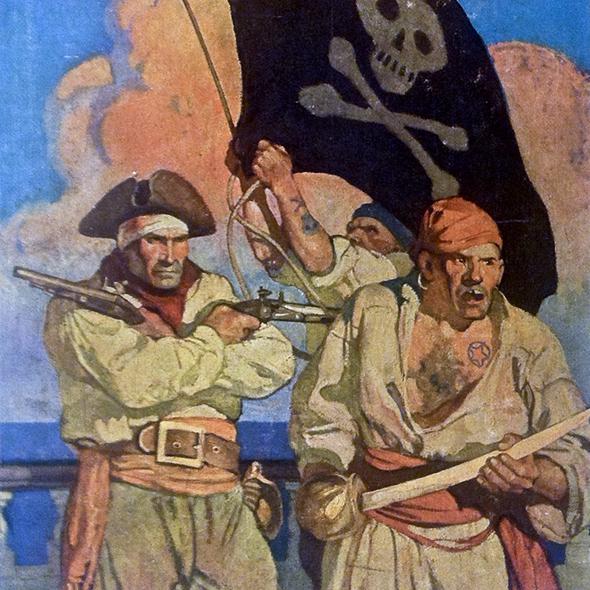 We learn a lot in school, but there are so many things about the world that school could never teach us. There are so many random things we don’t know about, and we just accept it and move on. We may learn how to solve for X, what elements make up water, and even how to write a 1,000 word essay, but what about those random burning questions that we have about our world? Let’s dig into these unknown things. Let’s debunk these mysteries, and answer some questions that barely anyone actually knows the answer to.
Pirates. Does anyone actually know anything about pirates? Were they real? When did they exist? What was their purpose? In all honesty, I didn’t think pirates were real, so I never really thought anything about them, but after digging into this topic, it turns out that they are. According to Royal Museums Greenwich, Pirates existed between 1650 to 1720, otherwise known as ‘The Golden Age’ of piracy. A theory on pirates from sophomore Zion Mihalic states that pirates were robbers, but on the water. This is actually pretty accurate. Though Royal Museums Greenwich explains that pirates were not as evil and Captain Hook-ish as we think. They were usually just normal people who turned criminal and robbed ships that were transporting goods overseas to make a living. Although, they sometimes would go to coastal towns. Robert Belf believes that many pirates were “sick, and also died a lot due to lack of fruits and vegetables.” This is true as well! Doctor and author Howard J. Bennett says that many pirates (and sailors) died early because of scurvy. Because they lived at sea, it was hard to keep many food items preserved. Scurvy is caused by a lack of vitamin C which is found in fruits and vegetables. It caused pirates to have many symptoms such as diarrhea, teeth falling out, and death. Apparently, pirates still exist today. They are still aggressive and partake in criminal activities, though there are a lot less of them.
Next, many people have never thought about the way things change as we age. Have you ever thought about why skin gets more wrinkly and hair turns gray as people age? I sure have. The answers to these questions are simple. Belf states that it’s simply to “spite anybody turning 60”. But actually, Mayo Clinic, a hospital chain around the country, says that our skin gets more wrinkles as we age because over time it “naturally becomes less elastic and more fragile.” When one’s hair turns gray, it’s not actually changing color. Whatever color hair you are born with never changes. Gray hair is the result of decreasing melanin in the hair follicles which causes the hair to produce color.
Another question many people are probably wondering is how do birds know where to migrate south in the winter. I talked to freshman Shira Mendelson about this and she had some interesting thoughts. Her best guess was that “birds are so small that they can feel the heat,” and that “they can feel where the sun is coming from, and they fly towards the sun.” For this theory to be true, the birds would have to be able to feel the very slight change in temperature in order to know where to go. It seems like a stretch. O’ Shea’s thoughts were more accurate. He states that birds have an “internal compass and instinct.” National Geographic says that scientists haven’t even been able to fully figure this one out. They said that birds have a built-in GPS that allows them to follow the same pattern every year. Their organs, eyes, ears, and even beak all help them do this. So, basically they know where to go because they can tell their location.
And finally, how did the stereotype of blue for boys and pink for girls come about? Freshman Allie Capuano says it was from

World War Two. During WWII, there was a color coded system used that decided pink would be for boys because it was a stronger color, and they would fight in the war, whereas blue for girls because it is more delicate and dainty, which is how they viewed women. Capuano thinks that they changed this in spite of the war. The first part of this is true. Fast Company explains how in the 1910s-20s, boys dressed in pink. According to Maleigha Michael from the University of Missouri- Kansas City, the switch was made because pink is close to red which is a romantic color, and women were seen as more emotional. This was later challenged in the 60s during the women’s liberation movement but pink and blue stayed the dominant colors for most things such as gender reveal parties, clothing, and toys.
With these questions, comes much more curiosity. I believe that students everywhere should go beyond the history, science, math, and literature we learn in everyday classes, and research weird or random things like this. With that being said, research some unanswered questions that interest you, and maybe ask your friends what they think before telling them the answer…I promise it will give you a laugh.